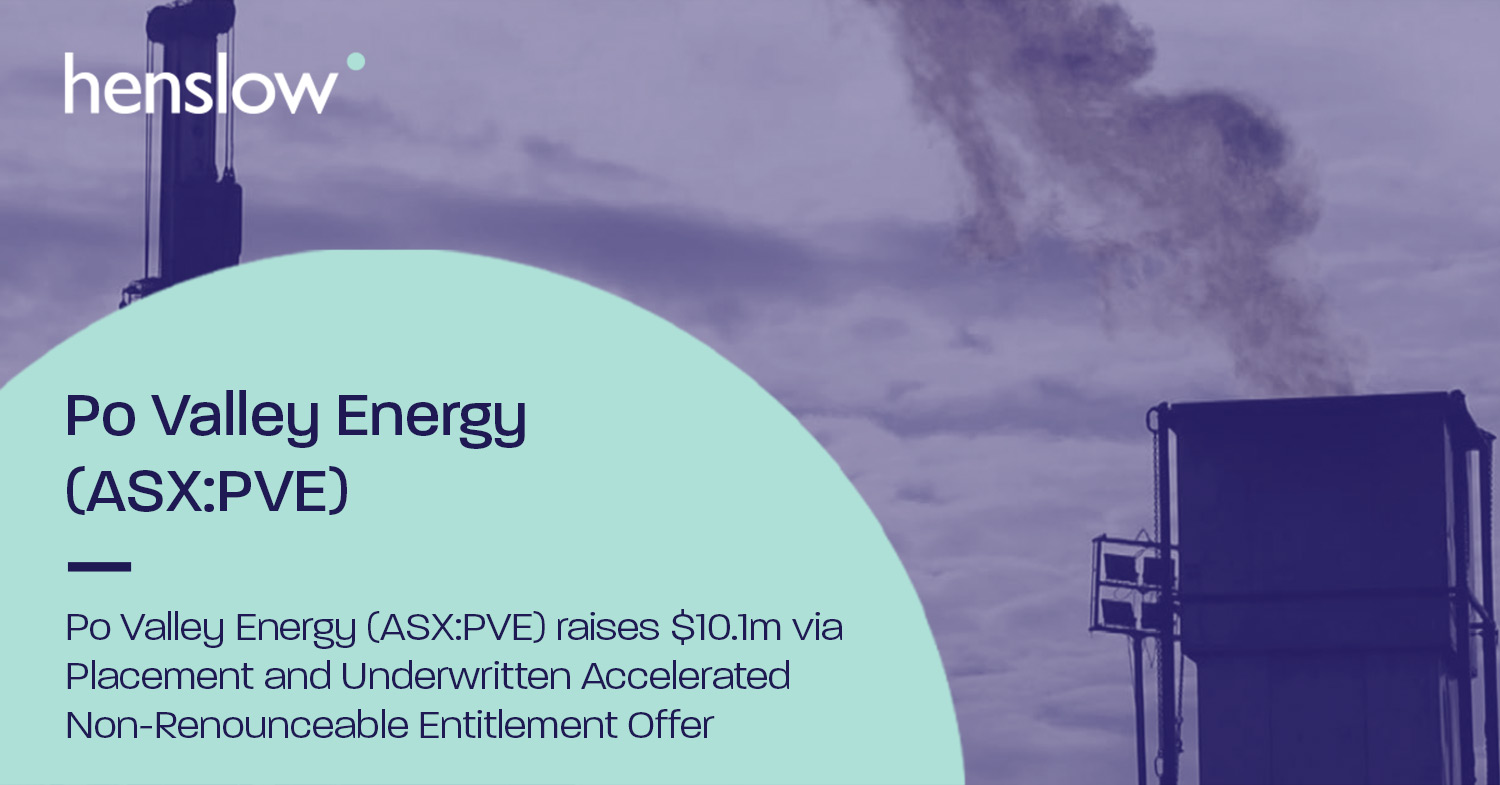 Henslow is pleased to have acted as Lead Manager and Underwriter to a Placement and Accelerated Non-Renounceable Entitlement Offer by Po Valley Energy Limited (ASX:PVE) to raise approximately $10.1m. Approximately $7.5m has been raised through the institutional component of their capital raise. The raise was strongly supported by domestic institutions and High Net Wealth clients, both new and existing.

Po Valley Energy announced in April that their Selva Malvezzi project had been granted Environmental Impact Assessment approval. Selva Malvezzi is an onshore gas project based on historic gas fields in the northeast of Italy. Po Valley’s late 2017 drilling program identified two gas reservoirs, C1 and C2, in the Medium-Upper Pilocene sands. The funds raised will be used to support the development of the Selva Malvezzi project and to strengthen the balance sheet, including the retirement of existing shareholder loans, repayment of convertible notes, and interest on loans and convertible notes.